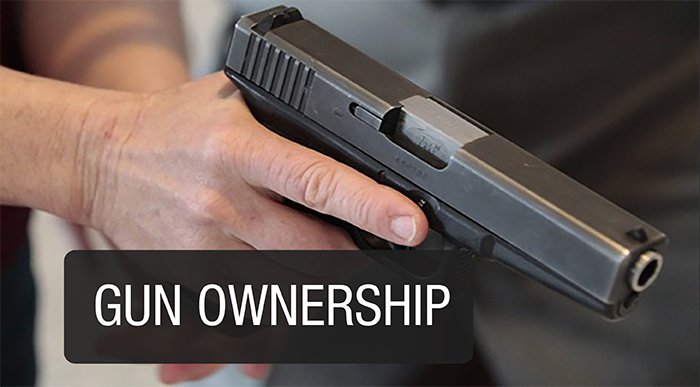 The story is all too familiar: America is facing a historic crime wave, and guns are to blame. With shootings and school violence near all-time highs, it’s time to have a serious talk about the Second Amendment and gun ownership in the modern world.

Did that opening get your attention? It should, but mainly because it’s blatantly false.

You wouldn’t know it by listening to the mainstream media, however. That false appraisal of crime in the U.S. is often spread by voices on the left, but the actual facts paint a very different picture.

It turns out that even as concealed carry has become mainstream and the much-maligned AR-15 has become one of the most popular rifles in America, the gun crime rate has declined.

“The homicide rate from firearms has fallen in the United States and in North America as a whole,” reported the Cato Institute, a non-partisan political think tank with a conservative bent. 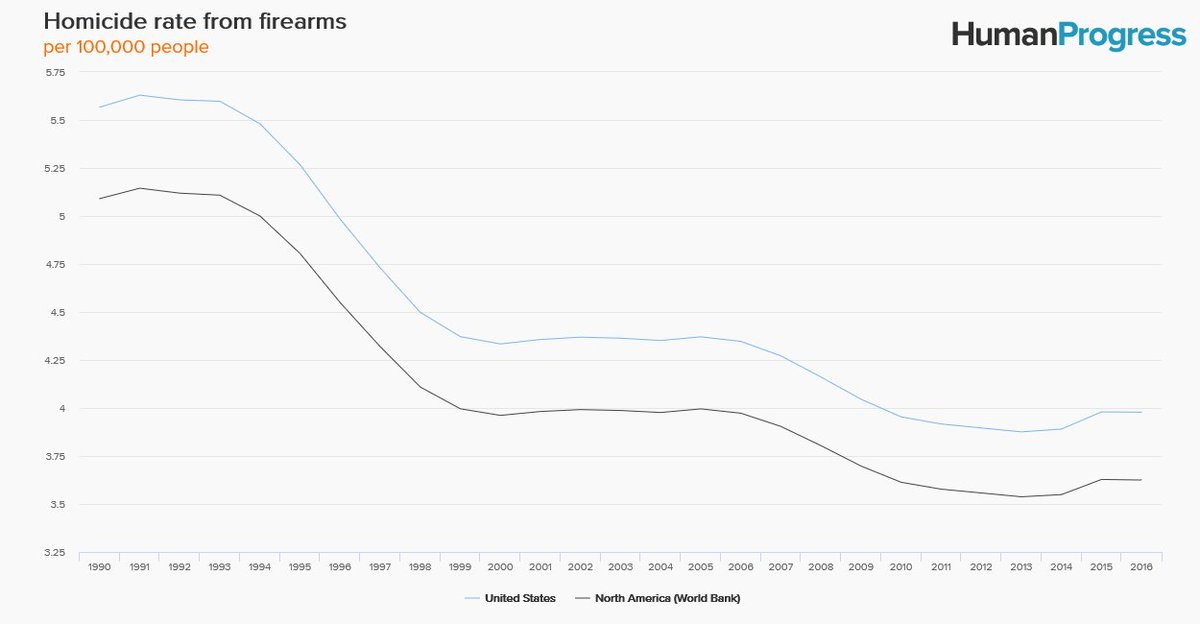 Actually, while musical trends and parachute pants are still up for debate, the ’90s weren’t actually so great when it came to gun crime.

That’s nearly a 30 percent decrease in the gun murder rate since the go-go 1990s, a statistic that includes mass shootings, which often dominate the headlines.

Those major shootings certainly get attention, but they’re statistical anomalies. The overall murder rate is going down, not up.

One look at a chart published by Human Progress puts the dramatic drop in murders into perspective.

Much to the chagrin of anti-Second Amendment liberals, two changes occurred right in the middle of that dramatic decline in gun homicides: “Assault rifles” became popular, and concealed carry became commonplace.

After being largely illegal during the Clinton era, so-called “assault weapons,” of course just semi-automatic sport rifles, once again became legal. The ban on those firearms expired in 2004, and gun owners rushed to their local stores to purchase the rifles.

One look at the gun homicide chart tells the story. Firearm murders continued to decline steadily after 2004, when AR-15s became legal and popular with civilians.

There was no spike in gun murders. In fact the opposite happened: America became safer.

It’s the same situation with concealed carry permits. There was a surge in the number of “shall-issue” states in the mid 1990s, as this animated map illustrates:

The increase in civilians legally carrying concealed handguns for self-defense almost perfectly correlates with the drop in firearm homicides during the same time period. Amazing.

These are the facts the anti-Second Amendment crowd desperately wants to bury, and the reason they focus on emotion-driven headlines and hand-wringing when a tragic but rare incident makes the news.

They cannot afford to let the true information about guns and crime get out — and that’s exactly why it’s so important to share this information, and let the facts be known.