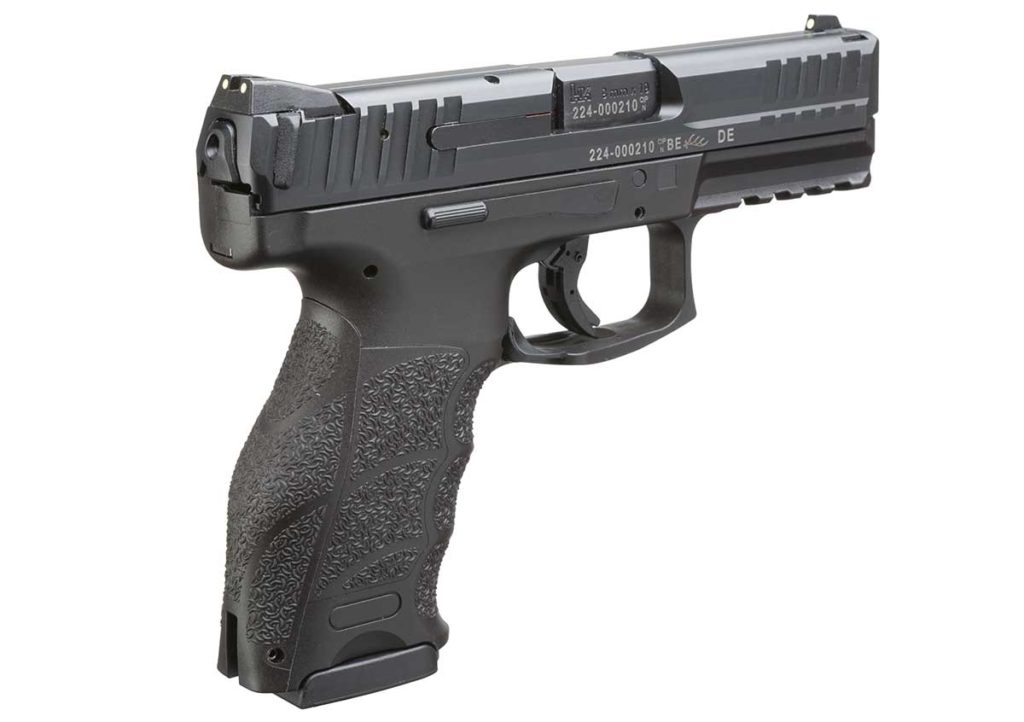 For over half a century, Heckler & Koch has been a leading designer and manufacturer of small arms and light weapons for law enforcement and military forces worldwide. HK is also the maker of premier brand firearms for the sporting and commercial markets. Its reputation for quality, innovation, and safety make Heckler & Koch a recognized leader in the development of technologically advanced products. And the long-term durability of all HK products make them especially cost-effective when subjected to total life cycle cost analysis. As a major international force, Heckler & Koch has a vision that is simple yet demanding – “To be the world’s premier small arms system company.”

There are a lot of look-alike or clone products being sold today that are not produced by HK. Here are some important markings to look for:
German export law requires that “Made in West Germany” or “Made in W. Germany” or “Made in Germany” appear on the firearm. This usually appears on the magazine as well and reads:

Made in W. Germany
HK Inc.
Trussville, AL or Columbus, GA
Older models may say Sterling, Chantilly or Arlington, VA or indicate SACO as the importer. Any other product not marked as above is not an official HK product and is not covered by HKI’s warranty.