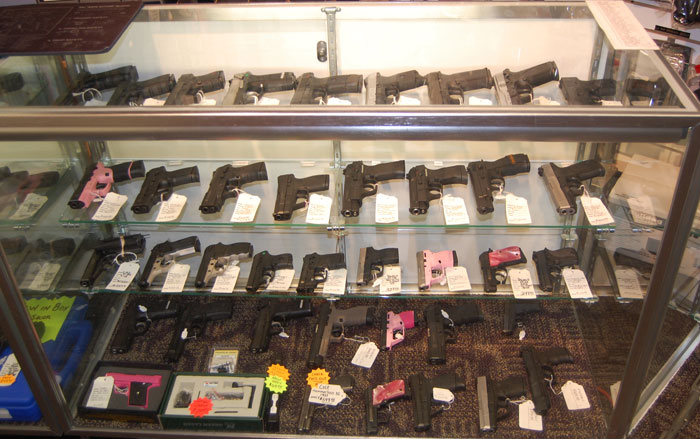 PHOENIX — The “Serial Street Shooter” suspect may have unwittingly sold his freedom for $90.

That’s how much a local pawn shop paid to purchase Aaron Juan Saucedo’s Hi-Point 9mm, a gun that police say he used to kill his mother’s boyfriend in August 2015.

That transaction would, 14 months later, help lead police to Saucedo, effectively taking him off the streets. Investigators used the time to gather evidence to link him to the series of shootings that terrorized the Phoenix area for four months in 2016.

Phoenix police Chief Jeri Williams announced Monday, after weeks of speculation, that Saucedo was accused in the “Serial Street Shootings.”

Initially arrested April 19, Saucedo was rebooked into a Maricopa County jail and now faces 26 charges related to the serial shootings.

Police say tips from the public — there were about 3,300 in all — ultimately directed them to Saucedo.

But authorities have offered few other details laying how how they connected Saucedo to the shootings and the victims.

Sgt. Jonathan Howard said a “wide host of evidence,” including ballistics, surveillance, witnesses and other forensic evidence, was part of the case. Authorities did not offer a possible motive.

“The pawn shop helped us connect with the new owner of one of the guns used in the series,” Howard said, noting that the pawn shop was a part of their investigation.

“Saucedo sold the gun to the shop. I do not know where he bought it,” he said.

The Hi-Point was bought by Mo Money Pawn Shop in Phoenix in the early evening of Sept. 1, 2015.

Sixteen days earlier, police say Saucedo used it to gun down Raul Romero, 61, a man who was dating his mother at the time.

Romero’s death now has been linked to the serial shootings, police said Monday.

“We bought it for $90. We bought it in cash,” Mo Money General Manager Byron Vaughn told The Republic.

The Sept. 1 transaction, Vaughn said, wasn’t Saucedo’s first visit. He was known to frequent the pawn shop and had made five firearm-related purchases before he chose to part with the Hi-Point.

In all, he made nine transactions, including the sale, according to pawn shop records.

Four firearm-related purchases occurred during a four-week span in the summer of 2015: July 6, July 12, July 21 and Aug. 1, according to shop records.

Then he made another purchase, 13 days after Romero was killed, on Aug. 29.

After the sale of the Hi-Point on Sept. 1, Saucedo stayed away, records show, until Black Friday on Nov. 27, 2015, when he returned to make another purchase.

Police said Saucedo committed the first homicide of 2016, killing 22-year-old Jesse Olivas in a drive-by shooting about 12:45 a.m. Jan. 1. Eighteen days later, he returned to the shop to make another purchase.

Then, the shooting activity ceased.

Police said Saucedo told investigators he decided to change his appearance and stop driving his BMW when police made a media push in July to get the shooter’s description out to the public.

‘I can’t get into what my customers buy’

Each purchase was firearm-related, according to Vaughn. However, that doesn’t mean Saucedo bought a gun each time.

Items classified as firearms-related vary from ammo, to a scope, to any other accessory, he said.

“I can’t get into what my customers buy,” Vaughn said. “But all the information has been given to police. They have full knowledge.” 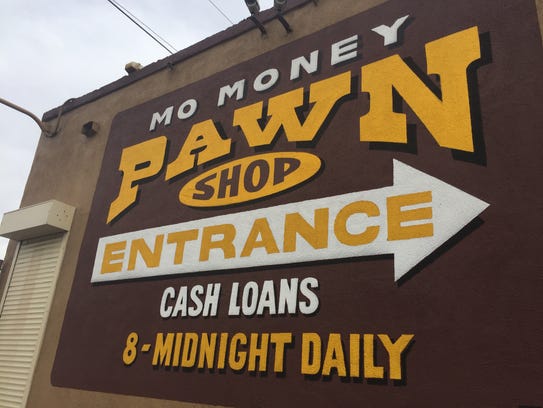 Howard declined to comment Wednesday if the other transactions were in any way related to the Serial Street Shootings investigation.

Vaughn told The Republic that transaction documents, including background checks for those purchases, were collected by officials with the U.S. Bureau of Alcohol, Tobacco, Firearms and Explosives on May 2.

“I run the tightest pawn shop in the Valley,” he said.

Every pawn shop in the city is required to turn over pawn details to Phoenix police. And because of Mo Money’s size, its volume of sales and purchases means the business turns in its information nightly, Vaughn said.

The documentation is used to check against reported stolen property within the city, as well as to cross-reference federal databases of gun serial numbers used in various crimes.

According to the pawn shop, authorities first got in contact mid-April about the Hi-Point used in Romero’s death. An ATF agent made inquiries and about five days later, Phoenix police detectives came to the shop on April 19.

Vaughn said early on, questions were asked about other individuals Saucedo may have been with or was connected to.

On Monday, police said Saucedo was the only one connected to the shootings.

‘I had a feeling he was the shooter’

Once authorities began to inquire about the Hi-Point and Saucedo, Vaughn said he turned to an employee and said, “I bet he’s the guy.”

“I had a feeling he was the shooter once they started asking questions,” he said.

But nothing about Saucedo’s visits to the shop were out of the ordinary, Vaughn and other Mo Money employees told The Republic. 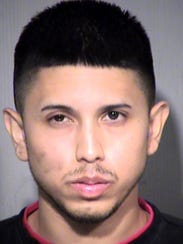 If red flags were raised, transactions never would have been made, assistant manager Henry Escobar said.

About 20% to 30% of potential Mo Money customers are turned away, he said. A variety of reasons could be behind a refusal to make a transaction, including not passing a background check or an employee’s “gut feeling” about an individual, Escobar said.

Once a customer expresses interest in making a purchase, a Mo Money employee member can spend upwards of 30 minutes interacting with him or her, Escobar said.

But their movements, he said, are observed long before — as soon as the enter the gun room.

“I can read them out when they come in,” Escobar said. “After decades in this business you know what to look for.”

If two people come in together, staff members are trained to listen for key words and phrases, such as “Get me that one,” or “I’ll take that.”

These situations can indicate straw purchases, when a person buys a firearm on behalf of someone who is prohibited from buying one.

In these cases, Mo Money will require a background check on all parties to go through with a transaction.

Some push back, raising their voices and making a scene, and most leave angry, Escobar said.

“I’m the one that determines that,” Escobar said. “It’s not what you tell me. It’s what I see.”

Vaughn said, “I always tell my staff to go with their gut feeling. If they think something is wrong, I asked them to make a judgment call. It’s for the safety of our business and for others.”

Saucedo was required to undergo a background check for each purchase, as if each visit was his first time. With only a red-light ticket in September 2015 while he worked as a public-bus driver, he passed every time.

Each time he was alone.

His behavior? “Nothing out of the ordinary,” Vaughn said.