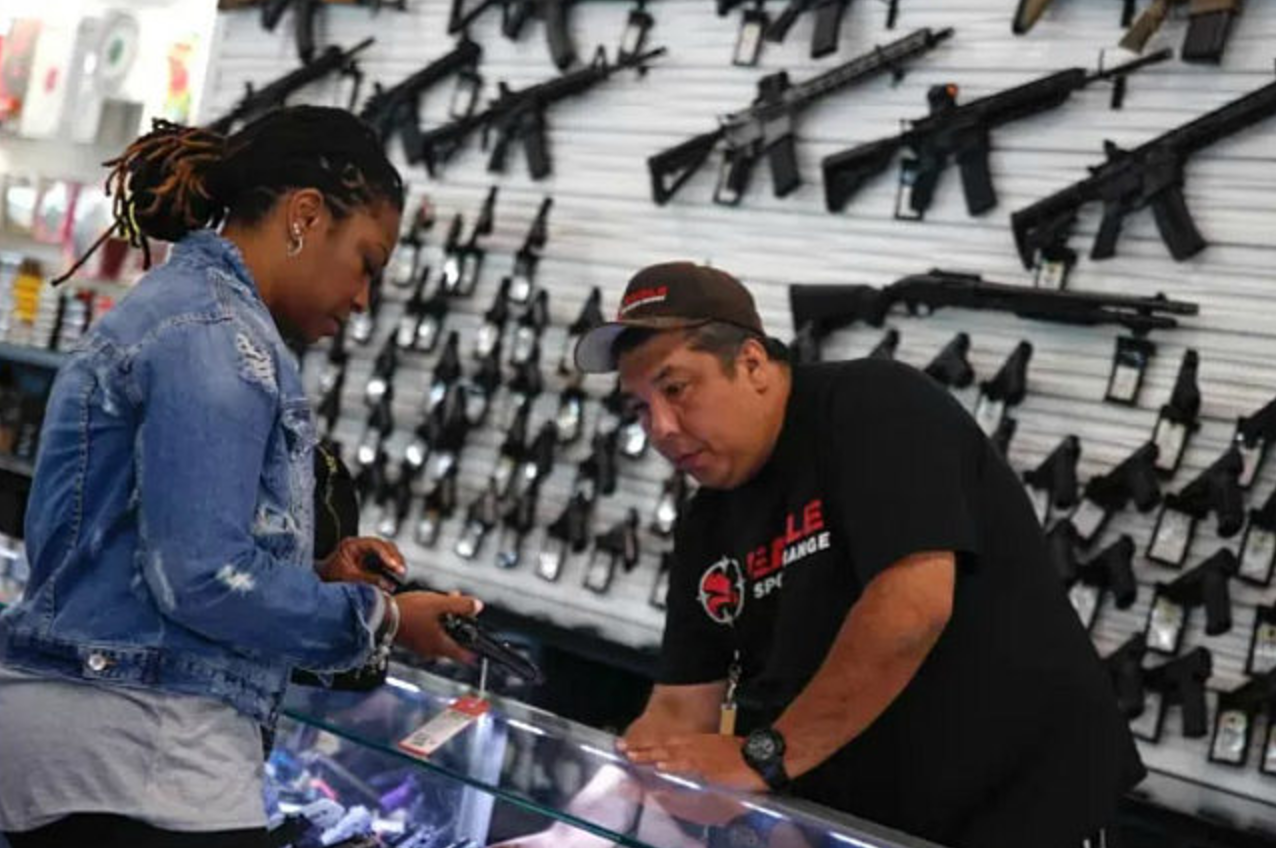 A surprising percentage of gun sales to 18-29-year-old Americans go to gun buyers the left rarely wishes to acknowledge — women.

To talk about women buying guns is to undercut the left’s tired excuse that more and more guns are simply being purchased by the same old white men.

According to Bustle, personal protection is a big driver for Millennial females who buy guns — and so is “empowerment.” Shea Drake said, “I grew up in a hunting family, and while I haven’t gone hunting in about 10 years, I still target shoot fairly regularly.” She said, “I am lucky that, so far, I haven’t had to use my guns for self-defense. But, I am glad that I know what to do if such a situation were to arise thanks to regular target practice. There is a sense of security in having a gun in my home, and knowing how to use it.”

Taylor Giardina said, “I’ve grown up shooting firearms both recreationally and for hunting, my entire life. My family always did this together as a family activity, and I was taught a lot about gun safety and ownership rights at a young age.” She added, “Though I have not had to use [a gun] for self defense, I am happy to know I have one. When I moved out on my own in college, I never worried about lack of a security system because I know how to use a firearm. It was a very empowering experience to know I can protect myself.”

Bustle quotes a study from 2003 to argue that women are less safe if they have a gun in the house. In so doing, they failed to highlight the myriad real-life stories of women using guns for self-defense.

Some of the women in those examples were Millennials, some were not. But the larger point is that examples of women using guns to save their own lives and the lives of others are legion. Millennials seem to know this; they seem to know that having a gun when under attack is better than having a shoe or a whistle.

Shea Drake said people think “women are clueless about guns.” She said, “Guys always seem surprised that I don’t need help loading my guns. People assume my husband got me into guns, when it’s actually the other way around.”

AWR Hawkins is the Second Amendment columnist for Breitbart News and host of Bullets with AWR Hawkins, a Breitbart News podcast. He is also the political analyst for Armed American Radio. Follow him on Twitter: @AWRHawkins. Reach him directly at awrhawkins@breitbart.com.